Farley Pedler started working in the construction field at a young age learning the basics and specialties of framing and general construction. After working for a few years as a general carpenter, Farley decided to take the time to travel, knowing that seeing a bit of the world would only contribute positively to any permanent vocation he would commit to. While exploring the Iberian Peninsula, he decided to pursue further education and began his college studies. For two years he attended one of the finest schools in Spain (Universidad de Oviedo/Sevilla) and soon after, he returned to Massachusetts where he completed his studies at University of Massachusetts Amherst. In 2004 Farley graduated as Summa Cum Laude from UMass Amherst and pursued philanthropic work in Peru.  At the end of 2004 Farley returned to the United States and started to work as a finish carpenter where he learned the fine art of boat building and cabinetry.

Circling back to his construction roots, Farley incorporates all of his skills and experiences into his projects with ease. He is happily settled and based on Martha’s Vineyard in his own passive house with his wife and daughters. 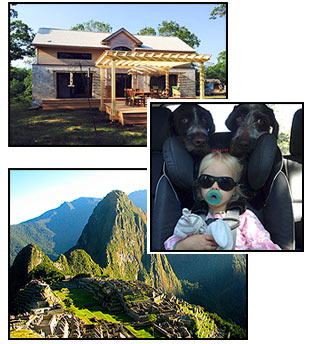